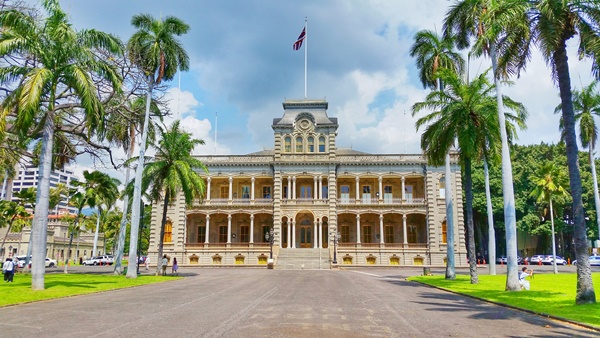 Have you ever dreamed of travelling to different parts of the world, in just one single day? We’ve got something to tell you! It’s possible and moreover, completely free of charge.

2020 has taught us an important lesson. That one single change in the normal course of events can impact thousands of lives, regardless of how much money you have, what your social status is like, or the goods you possess.  And this, somehow, resembles the butterfly effect described by Edward Lorenz, a meteorologist. After conducting a weather experiment, he concluded that one tiny change can cause long-term alterations.

Having to adapt to this unexpected way of life, people have tried to create a “new normality”, based on the restrictions imposed by the pandemic situation. Tourism, which was and still is one of the most affected industries, had to come up with a new way of reaching visitors’ hearts, empowering them to still be able to explore the beauty of our lands. In doing so, many touristic attractions have taken a digitalization path, a new approach that would give general access to cultural gems. In this article, we would like to present you a couple of virtual opportunities to discover the mysterious chambers of some of the oldest castles in the world, along their unique and exquisite design. Here, you will find a short list of recommendations of virtual tours to explore in a cold rainy day, or whenever you feel like taking “a breath of fresh art”.

This historic treasure is a symbol of the period when King Kalakaua and Queen Liliuokalani, his sister, were at the helm of the empire. After his death, she took over the throne, but due to her attempts to consolidate the monarchy, she was overthrown and imprisoned. In the palace interior, visitors can enter the Grand Hall, the Throne Room, Blue Room, State Dining Room, Music Room, Imprisonment Room, Queen’s Bedroom, Kalakaua’s Bedroom and the King’s Library. On the official website, anyone who is interested in discovering the chambers, can take up the virtual 3D tour and make use of other online resources as well: 14 portraits of monarchs, a series of lectures held by specialists and the Junior League Digital Files. 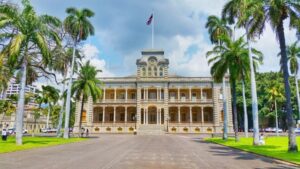 If you say french tourist attractions and The Palace of Versailles isn’t among the first things that come up into your mind, you’re doing it wrong. With more than 60.000 artworks, according to their website, the castle is home to a large collection initiated by Louis-Philippe, who dates back to the 19th century, at maximum. The haven is surrounded by one of the most breathtaking and eye-catching gardens in the world. And word has it that, despite its unique beauty, the fragrance used to be so strong, that it would keep visitors away.

Today, thanks to digitalization, thousands of people who cannot travel or afford to visit the castle can do this online, using two resources. Firstly, the website provides and insight into the large collection, which you can filter by personal choice and secondly, the Google Arts & Culture Platform, which, on the bottom of the page, offers virtual tours such as “Inside the King’s Bedchamber”, “The Hall of Mirrors” and many more. Lay back on your sofa and enjoy the beauty of Middle Age France, in just a few steps! 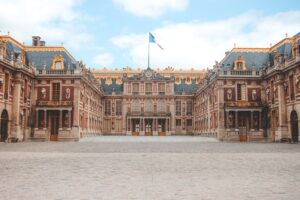 Situated in the heart of the country, Akasaka Palace is a national treasure that used to be inhabited by the royal family. Both the interior and exterior reflect neo-baroque style elements, dating back to 1909. The Palace was initially considered a Togu Gosho, which in Japan, refers to the Crown Prince’s residence. In the late ’70, the palace was reopened and a State Guest House and later, a century after its construction, it was again redesigned as a national treasure.

Also on the Google Arts & Culture Platform, the palace is present online and it features many collections: 56 birds artworks, 24 plants, 10 architectural models, 10 culinary models, etc. As for the virtual 3D tours, visitors have 5 options: the exterior of the State Guest House, Hagoromo-no-Ma, the Main Garden, Sairan-no-Ma and Kacho-no-Ma. 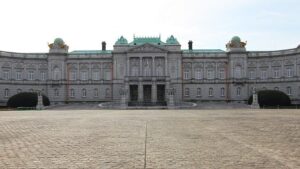 In conclusion, if we are to take a closer look at the pandemic situation, among the whole uncomfortable and usafe situation, there have also been created some educational opportunities that we can benefit from. Now, with just a few clicks on the Internet, we are guaranteed access to visit some of the most beautiful architectural sites in the world. In this regard, we have to be thankful that many of these owners have turned to the the digital environment as well, being able to reach visitors, despite these difficult times.

"The European Commission support for the production of this publication does not constitute an endorsement of the contents which reflects the views only of the authors, and the Commission cannot be held responsible for any use which may be made of the information contained therein"

The form was sent successfully.
An error occured.